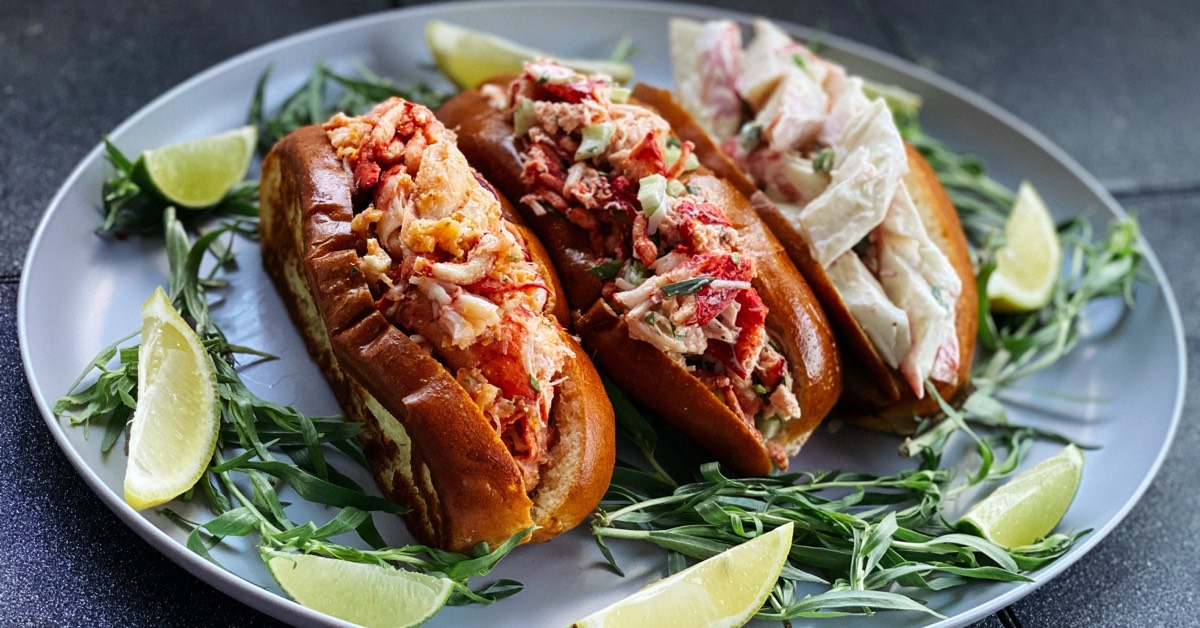 There's no arguing that one of the greatest all-time sandwiches has to be a Lobster Roll, but the big point of contention always comes down to the question, "which style is best?"

Well, we don't like to pick favorites, we like to mix it up and try lots of different things. Truth be told, there are so many different ways you could potentially make a lobster roll that why just stop at the Classic New England lobster salad style or the Connecticut melted butter style? So, for this, we're actually giving you three different recipes. The first is for the classic New England and it's what we serve in our Minneapolis Cafe. The second will be the Connecticut Butter style lobster roll and the third is a different variation with some brighter flavors. Also, you shouldn't feel limited to just using lobster. These recipes will work great with crab, shrimp, or even imitation crab meat.

Just go ahead and give them a try. At the end of the day you're eating a lot of lobster, so you can't ever really go wrong!