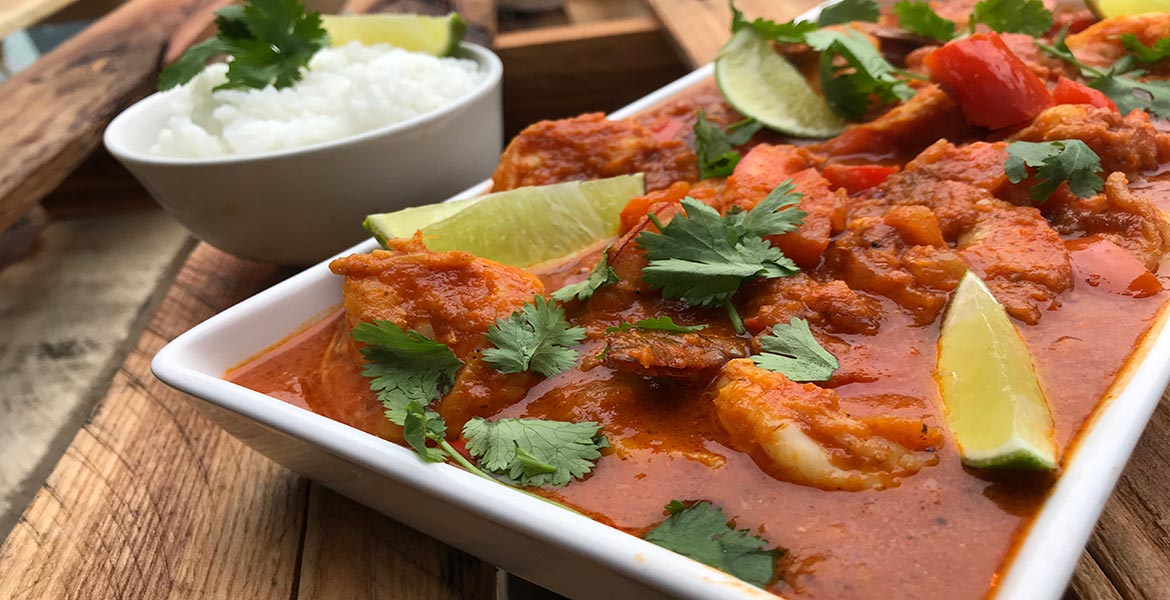 While chicken tikka masala might be one of the best known Indian dishes of all time, we highly urge you to try it using shrimp instead! This recipe couldn't be easier because for this, we're actually using a pre-made jarred sauce from our good friend, Anupy Singla, founder of Indian as Apple Pie, a line of ready to use Indian sauces and spice blends.

Indian cooking is often percieved as being too complicated for many homecooks, but these spice blends and sauces are a great way to ease yourself into Indian cooking at home. They're also very delicious, so definitely try giving this a go. We think you're going to like it!