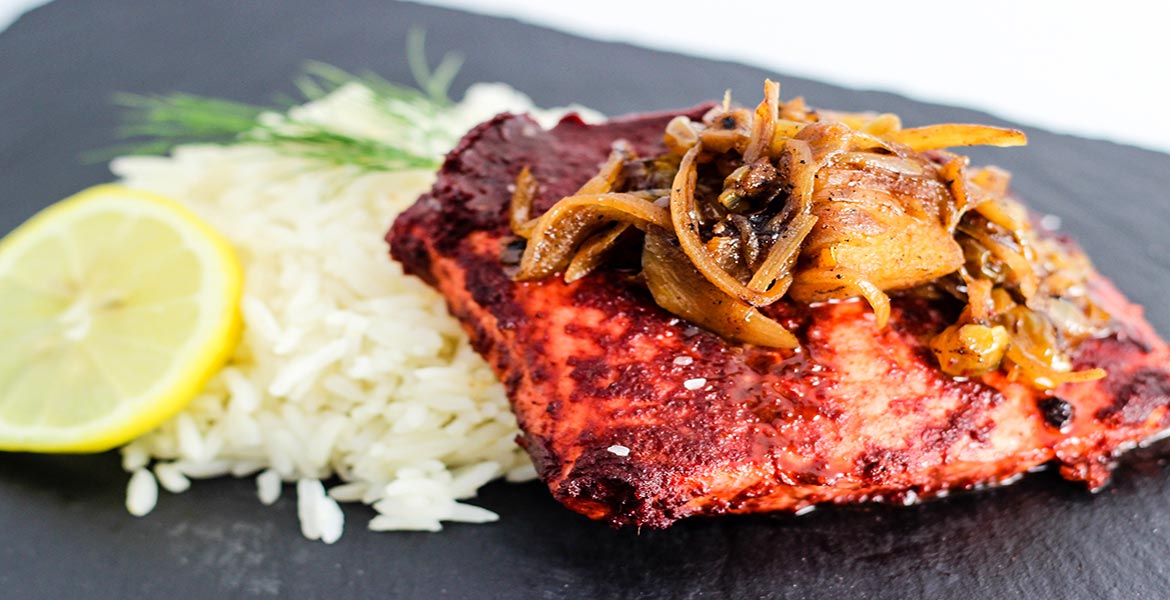 Arctic Char is such a great fish, especially for the home cook. Its fat content helps keep the fish nice and juicy (and difficult to overcook). It, like it’s salmonoid counterpart, is also a fairly hearty fish which holds up well against heavy seasoning making it perfect for this Indian inspired treatment.

Traditionally, tandoori anything would be cooked in a tandoor, which is a type of high heat oven, but in this case, we’re going to use a broiler or oven turned to as high as it will go to try and approximate the effect. We also used a pre-made tandoori spice paste which works perfectly well. There are so many great varieties out there these days and they’re available at most major grocery stores, but if you wanted to get adventurous and make your own, you could just as easily do that.